Lessons Divorce is Teaching Me

I've been divorced almost five months now. Divorced 2 days before my 38th anniversary. Now, I know what you're thinking. Crap! She's old! Lol!
I actually married pretty young and I don't actually feel old.
I'm not sure what I thought it would be like, but here are a few things I've learned and am learning.
1. Paying bills isn't quite as scary as I thought.  I paid my credit cards but he did the rest. I was terrified. But you know, I'm figuring it out.... Thanks Google calendar.
2. I can pay taxes.
3. I hate having to remember to take the garbage out to the curb.
4. Spiders still freak me out.
5. I'm actually pretty clever at unclogging drains.
6. I'm not ready to date. Out of curiousity I looked at some dating sites. (Actually, I'd love to someone from England and settle there--why not dream big?) But now I can't get off their sites and I'm not willing to pay, so all those nice gentlemen.... I'm assuming they're nice... that have tried to message me, I'm really not a snob. I'm just poor, suspicious and terrified.
7. Interesting. There hasn't been pee on the toilet since he left. So much for him telling me it was my fault.
I was never told that I was beautiful. I was never told that I was loved. I was never told that I was special.  And I felt lonely in my own house.
Know what? Even though I sleep alone, I'm not lonely any more.
Posted by brookstne at 7:47 PM No comments:

This is not about New Year's Resolutions.  I'm crap at those.  But this year will be a year of many changes.  Of this I am sure.  Some I hope will be grand.  Others --to be honest--I fear.

I have realized that I need to simplify.  One idea I had to help me simplify is to get rid of one thing every day.  When I first thought of that idea, it didn't sound like much, but then I realized that by the end of the year I will have removed 365 things from my life! Now that seems like a significant difference.

Just a little at a time!  That's the way.

And so it will begin.  Today I am getting rid not just one, but several Christmas mugs that not even once have ever been used. 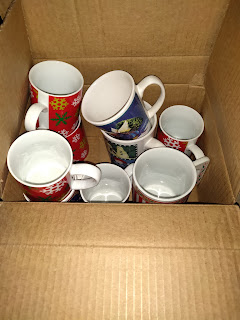 Posted by brookstne at 12:55 PM No comments: 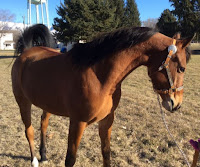 This boy is royalty and has brains and heart to match his pedigree! 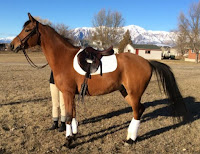 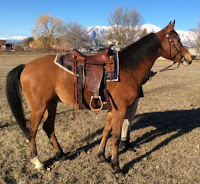 He has been ridden both English & Western. Most regularly English lately. He is an incredible mover—has a big bold trot and lovely Western pleasure jog, and perfect Arab canter.  He’s beautiful, smart, not spooky, good around other horses, and waits patiently when being held. Face clips perfectly. Bare foot. Introduced to ground poles. Given perfect health assessment recently by Dr. Monroe. 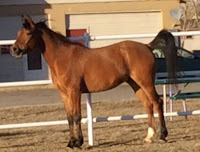 So why are we selling him? We’re focusing on eventing and as great as he is, Fire isn’t going take us that direction. We even thought about changing our direction and heading into the Arab show world, just so we could keep him.

Contact us for more information. Come and see him with your champion's dream and Fire will help you make it a reality.

It suddenly occurred to me that my family the Van Orden's were from New York near the Hudson River and ta-dah, I was in Albany. How close could they be? Could I find them?
Thank you Internet!!!
With very little effort, I found my way to the Catskills and to East Windham. A teeny tiny town where the "Peter Van Orden Rural Cemetery" lies.
Unable to find it, I stopped to ask someone washing his car and many thanks....he knew all about Peter.
Peter was the first Dutchman in the area. He opened an inn for the people driving their cattle across the Catskills mountains to the Hudson River.  It turns out that despite the Indians being in the area and rather dangerous, they would not go up into the mountains because they believed the spirits lived there. That was to Peter's advantage. No Indian trouble.
Up a short steep hill and there I was generations later and I stood looking down at Peter's headstone.
So who is he to me?  His son, William and daughter Julia Ann, both joined the Church of Jesus Christ of Latterday Saints. William by the way, married Julia Ann Haight and Julia Ann married Julia Ann's brother. Yep, Julia Ann Haight Van Orden and Julia Ann
Posted by brookstne at 6:16 PM No comments: 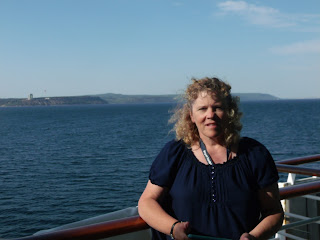 Good Bad and What I'd Do Differently

This grand adventure, I should count up the miles, it would be thousands (about 17680 or so give or take--I had to figure it out) and took 30 days. I've been in six countries and seen great thing after great thing.

So...what would I do differently? What great choices did I make? What mistakes? 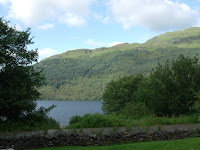 Here are a few:

Posted by brookstne at 2:44 PM No comments:

I think that could be the title of this grand adventure.

One Ancient City after another.

Dublin is just plain old. No doubt.
I passed a 4500 BC site today where they found fishing traps and the city was founded in 1256...I think..something like that—right century anyway. Yep. That's OLD!

It's an interesting blend of Viking, Celt, Norman, English and finally free Irish.

They talk of Dublin being one of the wealthiest cities in the world (before the Normans did their damage). Trading with places as far as Istanbul. Hmm....been there recently. That seems appropriate somehow.

They have anger toward the 1801 act which abolished the Irish Parliament and all the wealth Brits moved home to rule Ireland from there. Absentee landlords are never an easy prospect.

I heard about the Potato Famine at the Jeanie Johnston--a famine ship. (No my students....potatoes don't come from Idaho!--nor do they come from Ireland—think Columbian Exchange...) Soooo, excited that I've stumbled onto some cool primary sources for my next year's discussion on immigration!

They speak with pride about the 1916 Uprising. Where 16 martyrs lost their lives by firing squad for their roles in trying to bring independence to Ireland. (Aren't we glad John Hancock and the like got away?)

And of 1922 when Ireland finally got their independence. Oops...and some continued IRA activity blowing things up in the 1970s.

The city is a mix of architecture. Modern, sleek, weird, beautiful and Georgian, Victorian and then the old stuff. Churches and cathedrals sprinkle the landscape.

To a non-drinker, their marriage to Guinness and drink is amazing. The Guinness factory here still makes 10 million...that's million pints a day. And this is not their biggest factory. Realize this though. Poor Yorkshire farmers and Italian immigrants to America needed to fill the bellies of their hardworking men. They couldn't afford meat so what'd they do? Yorkshire pudding and pizza. Stout is Ireland's answer to that problem. Evidently, stout is very filling. As my guide said today, “Well, even if you don't like the taste, you won't be hungry for awhile. It does make some sense when you have 1.2 million people starve to death during the Potato famine, I can see people doing whatever it takes to survive.

So, I rode through the city, managing to take pics despite a brisk breezy trying to blow away my ipad before the rain started. Learning and remembering.

I'm staying at another ancient university. Trinity. What a privilege I've had to have stayed at four, two of those this trip. (Edinburgh, Trinity, Oxford and Cambridge.) Drove by St. Andrews but didn't stop.

Yes, it rained. Got wet up to my knees. But with all the museums, I could have stayed more days and not seen it all. (I walked 4.85 miles today...and it didn't seem like all that much.)


But tomorrow, I go home. At long last.

Posted by brookstne at 1:56 PM No comments: 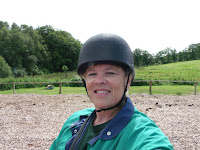 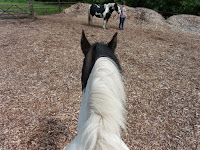 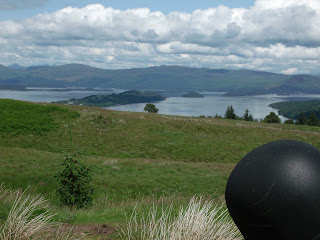 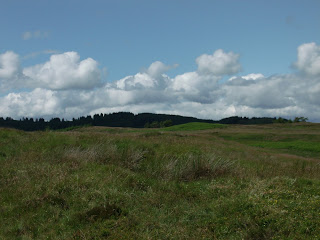 Now I can go home.
Posted by brookstne at 9:25 AM No comments: