Now You See Me - Movie Moments 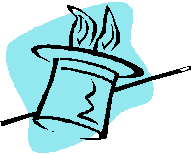 Magic is all about slight of hand. Great movies, like "Oceans Eleven" and "Fast and Furious Five"(whatever its real name) give the audience a roller coaster ride while using slight of hand to trick both the audience and the bad guys into believing one thing is happening while something else is going on.

So, I went to “Now You See Me” with high expectations. I think I was expecting a high energy, heavy action film. Instead, I found a clever, rather cerebral winding, twisting, unfolding, story.


It was good. Not great. Well written, well acted but it had draggy parts.
Basically, the plot is that four scrambling magicians, who become known as the Four Horsemen, are given the chance of a lifetime. To work together to use incredible performances and magic to pull off three astonishing robberies.


If you’re paying attention, you’ll be able to figure out a few plot twists as they happen because the writers help the audience know what’s going to happen through a few breadcrumbs that are dropped. But, most things are not made clear until after they happen which is fine. As the show points out, part of the enjoyment of magic is the surprise during the performance and the sheer fun of watching.
Morgan Freeman plays a magic debunker. He was good, which is expected, but boy, is he showing his age—with skin spots and his eyes are cloudy. (That makes me sad.) And his character, while also having nice twists, doesn’t get to have the power that some of his movies have had.


There’s some gratuitous sex-ish stuff at the beginning which made me glad that my young teen wasn’t there and the pace would have lost her interest in the middle, but there wasn’t a lot of language which was nice. And there’s some really entertaining action sequences.
The final magic set up was amazing! Placed in Five Points, New York. It was great.


The unfolding of the plot was good. Are they good, are they bad, who actually are they working for? But...one thing, a thing about me, is that I usually see most plots twists coming and there were a few that didn’t surprise me. And there was something about the last big twist that didn’t give me that heart-pounding, WOW! It felt a little flat.
The characters were fun and different and I would have liked to see more of the magicians because they were such unique, colorful characters.


All in all. It’s a good one. But, there are so many new movies coming out in the Summer rush, if you haven’t seen it yet, I think it will play fine on the smaller screen and it might be worth waiting now, for the DVD.
Posted by brookstne at 10:28 PM