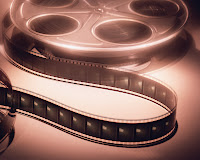 I loved this movie. It was better than the first.


It was funny. The story was nice and complex with plenty of twists. It had tons of action and great stunts. It’s got a touch of romance and great sexual tension and it was funny.
Yep. I said that twice!


Red—Retired Extremely Dangerous (2) brings back together Bruce Willis, Helen Mirren and John Malkovich as retired intelligence operatives.  And their characters are VERY good at what they do.
It was fun to see Anthony Hopkins in this, although I had a few technical issues with his character—not his acting. (I don’t want to give away the plot so I won’t say more.)


If you’re going to enjoy this movie, you must go in expecting dry humor, violence (not blood splattering), and tongue in cheek chatter than goes on and on and on.  Like the repetitive joke about giving Sarah (the girlfriend) a gun…"it wasn’t loaded was it?" Everyone asks as soon as they hear she’s was given one.
What makes it so fun is that while there is lots of plot and action, they’re almost making fun of the whole intelligence movie genre/business.

If I were to make one complaint…who did Catherine Zeta Jones’s eye makeup? It was awful—especially at first, she looked like a clown and it was difficult to take her seriously because of it.


Expect lots of shooting and explosions. Some high speed chases. A little hand to hand smashing and not a ton of bad language.
Best of all? There are more funny parts than just shown in the commercials. The whole Costco sequence at the beginning had me chuckling from the start. And I could not stop laughing at the funeral.


Go. Be Entertained. Suspend your disbelief and laugh!
Posted by brookstne at 1:59 PM