Bodrum, Turkey -- Quaint Crusader Village and the Father of History

Bodrum is dominated by the ancient and modern. The massive Knights Castle from the Crusades stands over the town. A 25 min. Walk from where the ships dock takes you through the delightful town and shopping district.
Appropriately standing outside the castle...as you are about to embark on a daylong study of history...stands Herodotus. The Father of History.  (He live in Bodrum for a bit.)
He wrote the first history book...that we know of.
Good news! Teachers were highly respected back then. They made pretty darn good money.  (It's explained in the castle. ) Well..compared with the average person. Question.  What happened??? Isn't learning valued anymore?
Highlights of the castle were engraved stones bearing the shields or standards of many of the Knights. Templar type crosses. British lions. French fleur-di-lys. The castle, now a museum, held many items from shipwrecks In the area. Large pots from the Phoenicia, the early Egyptians, the Ottoman Empire.
Time stretched across the stones. Centuries captures before us. 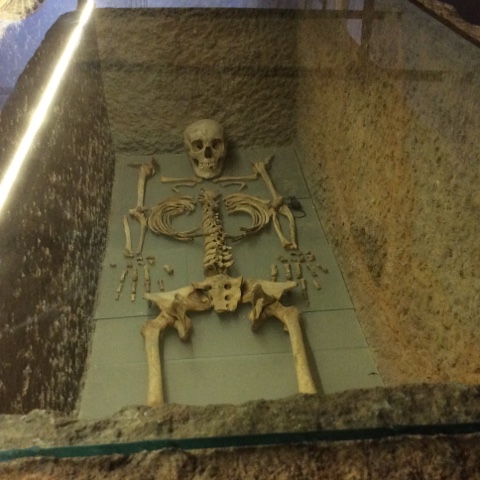 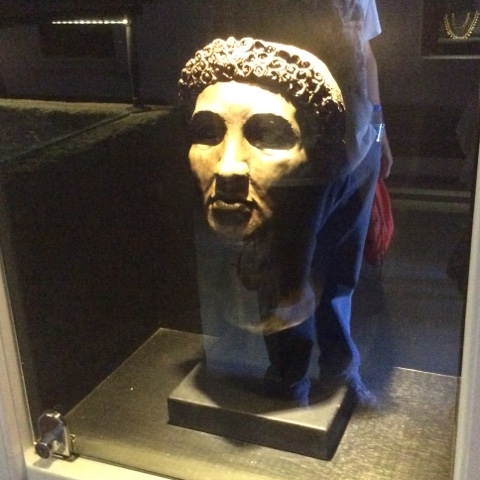 For my students...Saracen bows!  And Crusader armor in the same room!
Recovered glass vases, some unbelievably not broken. Gold-jewelry (even for the dead! That skull looked like he was wearing gold sunglasses, coins of all types, tin, silver, gold, 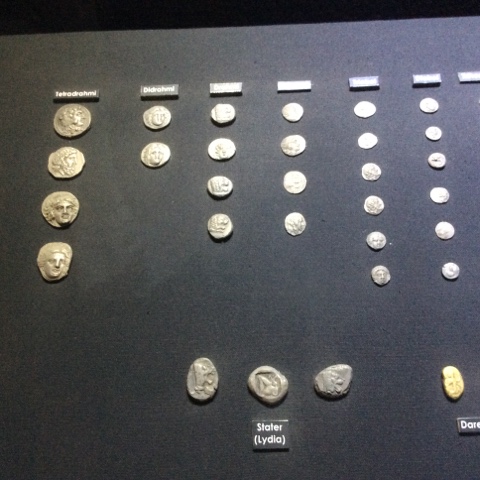 tools--massive anchors..
Up and down, in and around, history enveloped you.
But...up the street...not far away were the remains of King Mausolos' tomb. 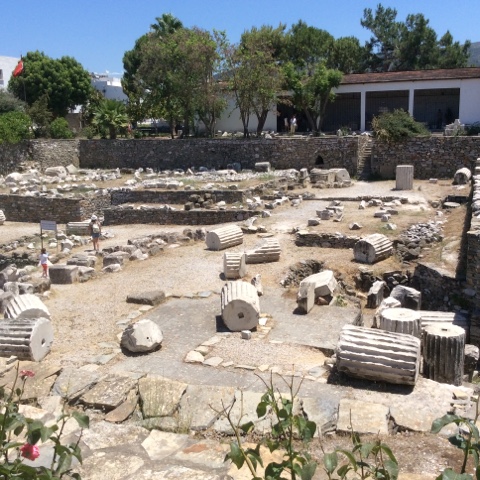 Who's that?
Glad you asked!
He's the guy mausoleum is named after because he built one. Massive. Massive. MASSIVE! Multi-story. Statues.  Columns. Chariots. Columns.
Ah, but here's the rub. If you're not there to make sure no one touches and less than a mile away and 800 years later they're building a massive castle made of stone...what's to keep someone from reusing the stone from your memorial?
Yep. Nothing's left.
They the actual grave was intact when the Knights first went digging. They were going to open it the next day after they found it, bit during the night, grave robbers got in and stole everything and anything. Oh well. A lesson in futility.
What makes me sad seeing the pyramids, crusader castles and the remains of places like the Mausoleum is how much of the gross national product must have gone into building those things. And I wonder how much slave labor was used to build them.
Posted by brookstne at 5:56 AM