Gallipoli Campaign and The Two Sides of History

I love to teach students about this. Bias. Attitudes.

History is so much more than just the winners or losers. I always tell students that history actually has three sides. 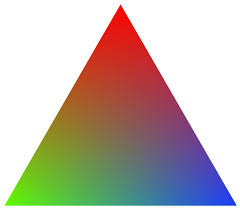 Little could I have guessed that a trip to the Gallipoli Peninsula would have been the perfect example of studying both sides.

First, The Dardanelles Straits/Bosphorus Straits are the narrows between Asia and Europe. At the top of the straits sits—Istanbul. Gem of Turkey. Gateway to the East—or the West depending on which way you're going.

In WWI, Turkey joined the Axis team (German, Italy, Japan). Britain – and Russia – who was trapped by the Dardanelles closure from the Sea of Marmara and the Black Sea, needed access to their warm water ports.

With approval from Churchill for the navy and Kitchener or the army, the straits were “tested” by a small fleet—which failed. Then in April of 1915 a large sea/land force pushed their way onto a scrape of land. One of which was known as ANZAC Cove (Australian an New Zealand Army Corps).

Yes, seriously.  They sneaked away and THAT was the successful part.

Well, know that standing there on that dirt, I just kept thinking over and over and over—why? I totally know WHO did it—I wrote my master's thesis all about it. Theoretically I knew why. But seeing that land and those formations and the narrow beach and trenches still there, and I just could not help asking WHY????

So to the two sides.

Of course there are Turkish Cemeteries and Anzac and British Cemeteries. But we saw a presentation by Turkey in which the soldiers are called martyrs an how they sacrificed so much. Interesting. I've always thought of the Anzac Boys as sacrificing so much.

The lesson? No one is going to really win at war.