Rhodes! Or Should I Say Roads? Whatever You Say, it's Ancient!

First and foremost, Rhodes is an ancient city. But for the crusaders, it's still busy with people. 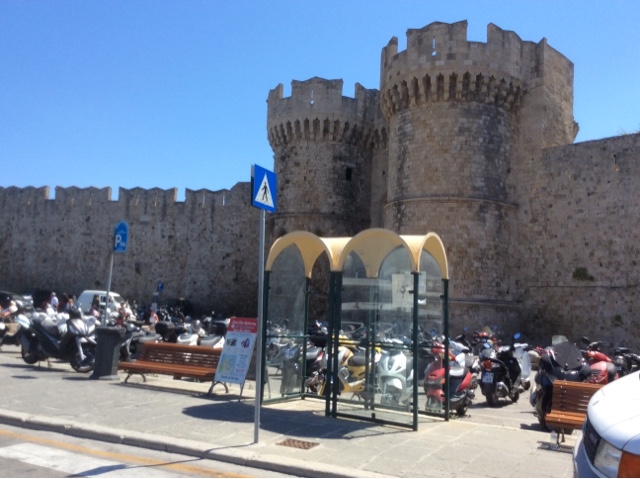 For my Israel friends, think Jerusalem's walled city and old city inside it, only Rhodes is cleaner, and less crowded-ish and not so intense. 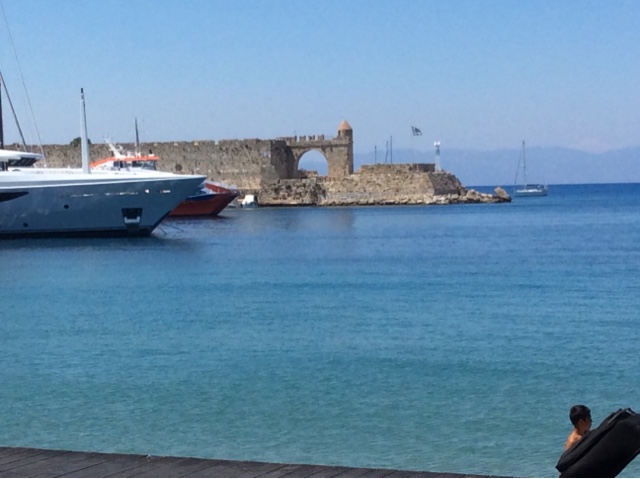 Greece is a lovely laid back culture and everywhere...just like in Turkey (oh, big surprise since Turkey owned it for Many years) there are outdoor cafes. These are used both by weary tourists and the locals.
The Castle of St. Peter looks like something out of a movie set! 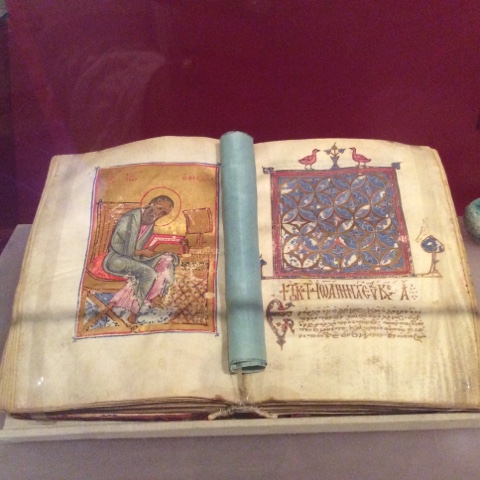 Turns out that Mussolini actually had it rebuilt this last century. Sure glad he did because it's cooool!  They've turned it into a museum with artifacts from the Hellenistic Era (that's early Greek--for those who haven't been paying attention) too bad we couldn't take photos, some lovely mosaics and statuary. 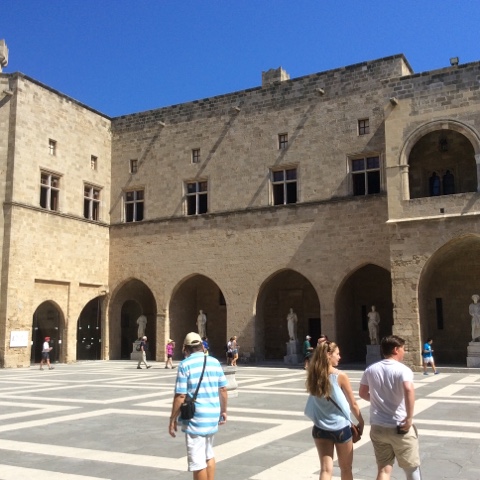 We also wanted to see the Temple of Artemis. Just cause it sounded cool. I mean a Greek temple? Who would turn that down? Yep. We stumbled on it. Lucky we checked the map, or we would have trudged right by it.
Btw...once I get real Internet, I'll add more pics.
So, it seemed like a good day.
Ahhhh, but then it becomes best day!!
We rented a scooter!!!
Using the little 50cc we chugged around Rhodes, including getting to see the Acropolis...not THE Acropolis the one for Rhodes which is home to the Temple of Apollo and is high on the hill overlooking both the old and new city. We even found where artists say the Colossus of Rhodes stood. Yes, really. One of the seven wonders of the ancient world. 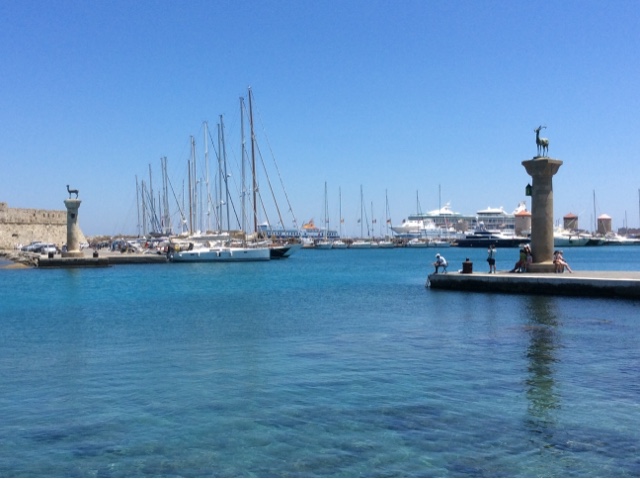 We rode (or should I say "rhode") along the beach road and stopped in at a little bakery. I may never have baklava again. It was soooo good. Drippy and sweet but not too much.  The walnut filling was a delight! 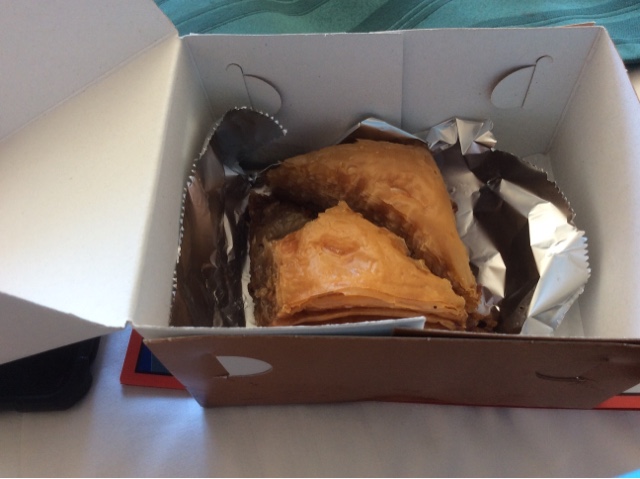 The water around Rhodes is an even more incredible blue. Near the beach edge, it lightens up to almost a turquoise because it mixes with the sand. You can even see your feet because the water is so  light blue. 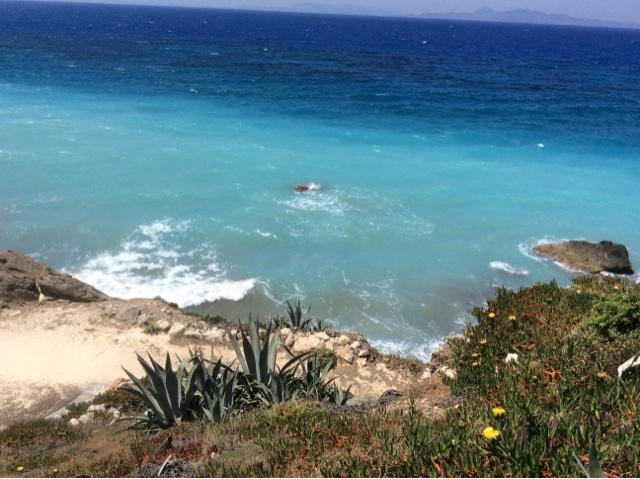 We saw a LOT of very lobster run red sunburned people. Ow!
Public service announcement.....WEAR SUNCREEN!!!  As a skin cancer victim, I'm here to tell you having your nose rebuilt because of skin cancer is just one of those opportunities I recommend you miss! 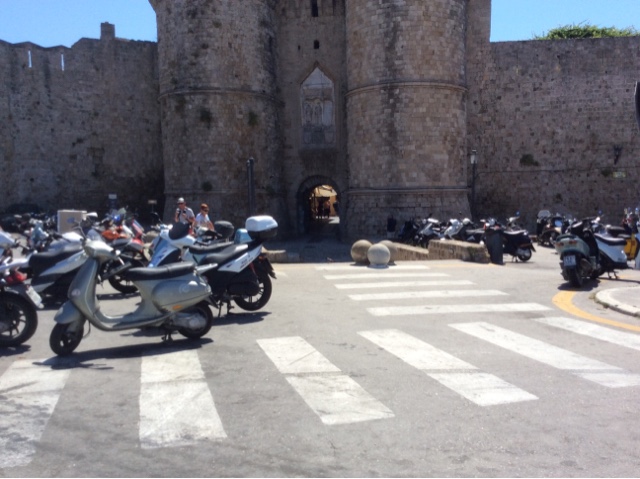 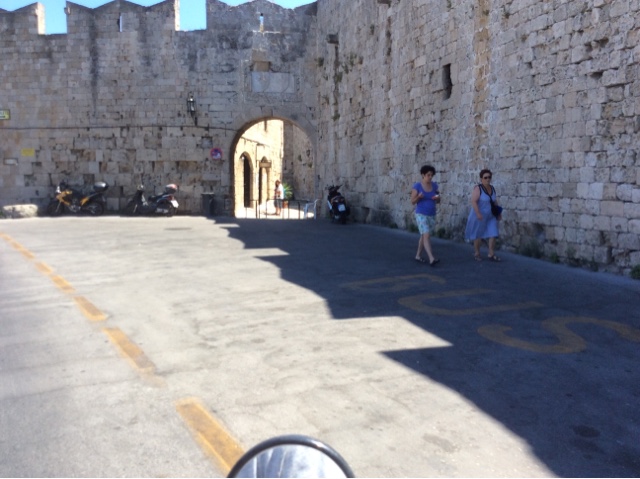