The beautiful island of Santorini is famous from movies. It's a caldera. Cliff. Not cliff. And water....some still bubbling away. 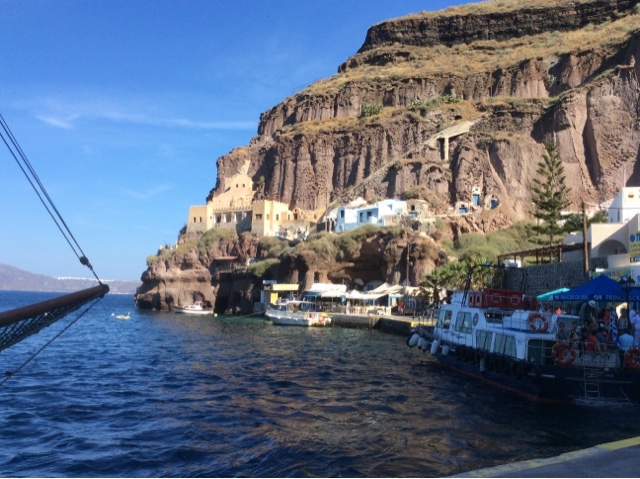 They docked us below Fira and we took a cable car to the top...or you could the steep, steep hundreds of steps. 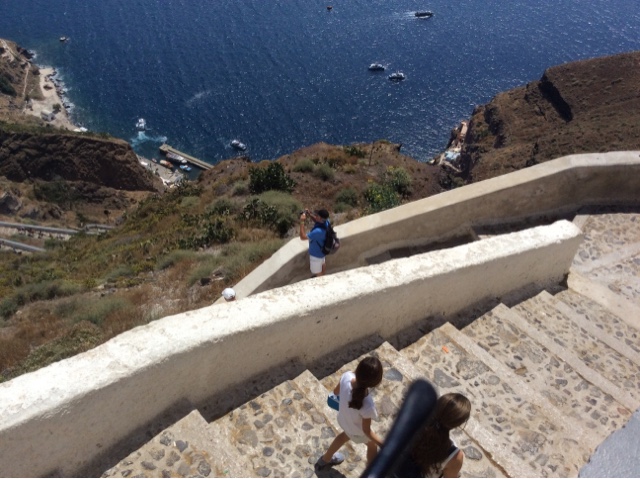 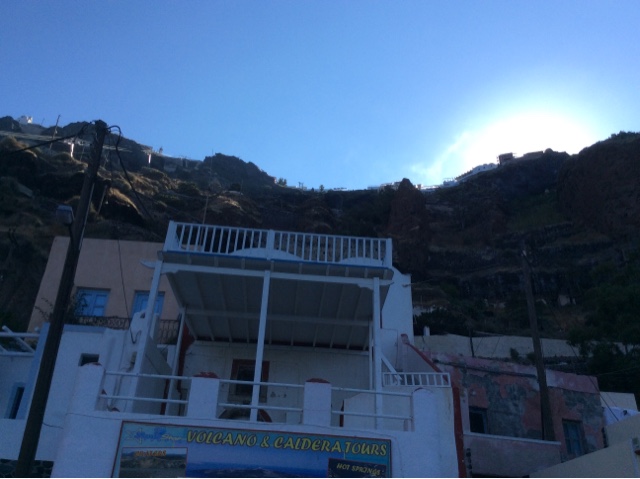 The Plaka of Fira is delightful. White buildings. Tiny streets. Vendors.
Grabbing a scooter, we headed out to Ia (pronunced ee-uh) where the famous blue roofed church of all the posters stands.
The cliff side drive would have curled my hair if it were straight. But I was busy driving and learned that oncoming tour buses are definitely a bit terrifying.
Ia has even more tiny streets and even whiter buildings. Perched on the cliff, it's absolutely breathtaking.
Vendors selling out of the back of their van...with the hatch open is a traditional small village way of shopping. How do we know? We bought a shirt from one. Actually, I sat in a little bakery eating lovely baklava...with a distinct cinnamon flavor.
The scooter allowed us the freedom to see more of the island. The 125cc gave us the power to get the hills better than in Rhodes. Why did I drive?  I still have my motorcycle license which they required on this island.
We wandered our way to Acrotiri...a "prehistoric" village. It was a successful trading village in 1600s BC when first it was hit by an earthquake and while it was trying to recover a massive volcano eruption hit it 1623 BC. The village was buried under feet of ash and kept fully preserved until the 1960s when it was found and excavated. 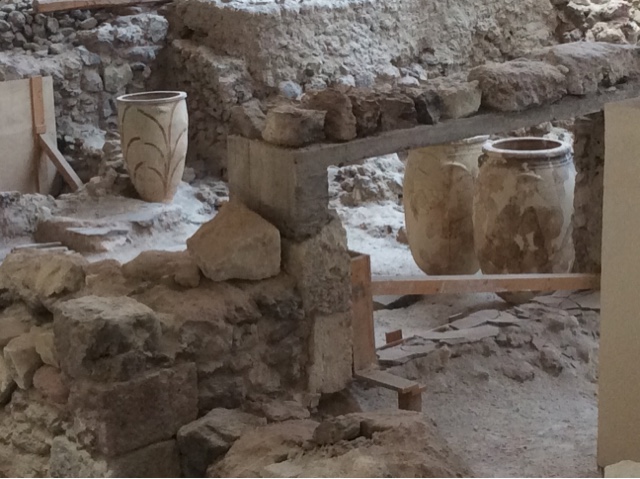 They think they've only found one layer. It was amazing!
The roof over the dig was almost as amazing as the ruins. It's covered with dirt, it's a bio-dome which protects from wet, dry light and even sun radiation. 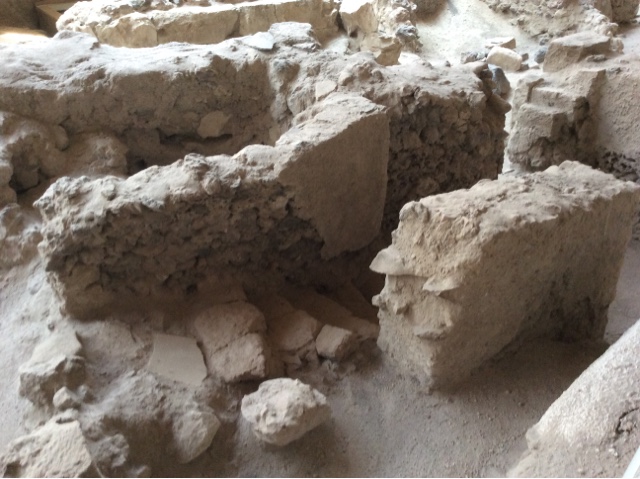 Note: if there a solar storm and you need protection, head there.
Super day!
Posted by brookstne at 2:42 AM